Record Heat And California Avocado Crops Not A Good Combination

Temperatures in Southern California have climbed well over triple digits this year. The high temperatures and strong winds early in the season have negative implications for California avocado farmers. Record heat and California avocado crops are already showing the effects of the early-season heat wave. Some farmers in the Golden State are concerned that they will lose a significant part of their profits for the peak season period.

The younger trees are more stressed by the triple blow of drought, winds, and temperature. The loss of younger trees will affect the production of California avocados for decades. The older and more well-established farmers are also feeling the effects of the weather. The climate issues have caused early dropping of avocados from the trees before they were ready to be picked. This reduces the value of the crop and accordingly, the revenues to the growers.

Even though the effects are showing up in this year’s crop, the long-term effects of the temperatures over the century mark are as of yet, unknown. The effects of the heat take a while to manifest, according to growers. The heat may have reduced the number and health of flowers which form into next year’s crop of fruit.

The growers in the southern part of the Sunshine State will need to make some tough decisions about how to move forward. The demand for the fruit continues to be at an all-time high, but the temperature records and water shortages have been happening more frequently. Between 1896 and 1994, there were fourteen drought years, while in the nineteen years from 1995 to 2014 there were six years considered to be droughts.

The latest two years have not been looking any better for weather conditions. Northern California has a rainy and snowy winter season this year, while the southern part of the state continued to experience drought. The majority of southern CA is in the worst category of drought, as recorded by the U. S. Drought Monitor.

Another factor which is concerning the avocado growers is the increasing competition registered by the competition out of Mexico and Chile. More than eight of every ten avocados consumed in the United States are imported from Chile and Mexico. The drought and heat have not affected these two nations at the same level as that experienced by California’s growers.

Although the weather is hot and dry outside, home and business owners don’t have to experience the heat indoors. The installation of top quality HVAC Altadena equipment systems keeps the indoor air in good condition and at a comfortable temperature. Finding the top Arcadia HVAC installation services ensures homeowners that they can be confident that they will be happy with the results.

Air conditioning installation Pasadena services are designed to do the job right the first time, using the best equipment and latest techniques. The air is brought to a comfortable temperature, and at the same time is cleaned and filtered to improve the quality. Clean air that is free of dirt and organisms is an improvement which the HVAC firm will be happy to discuss with customers.

schedule an
appointment
save money with our
specials

What Our Clients Say 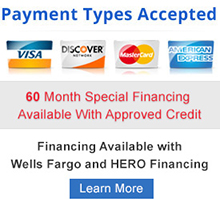